Today is the anniversary of the execution of King Charles I of England, that most majestic and complex of kings.  To many, a martyr who died for the cause of Royalty, and to some, an unbending tyrant who imposed his fanatical beliefs of divine right upon his people.  Given the confusion and paranoia of the times, I suspect the truth is somewhere in between.  This was, after all, the era of witch trials, religious persecution, gunpowder plots and assassination attempts.


Charles' grandmother, Mary Stuart, the infamous Queen of Scots, was the first reigning crowned head to be executed on a public scaffold (Henry VIII's wives being consorts).  The horror of precedent was not lost on Elizabeth I, her cousin, who prevaricated on the execution of the death warrant, even after what could be described as a balanced trial (Proof! Mr. Secretary, bring me that proof first!) established that Mary had plotted to assassinate Elizabeth, her cousin and Queen of England.  Only subterfuge by Elizabeth's counsellors finally ensured the execution.


Elizabeth Tudor's agony and fury upon discovering that the sentence had been carried out is testament to her foresight in recognizing the royal tragedy.  Kings were no longer above the law.

So it was for Charles.  His people saw fit to judge his actions as king, to blame him for political wrangling and subterfuge, spying and waging war on his subjects when they would not uphold his law.  Even today, we wrestle with these questions.  What is the balance between the needs of our leaders and the rights of our people?

In London, England, recently, to attend the Historical Novel Society conference, I managed to slip away from the fascinations of historical and story discussion, and visit the Banqueting House, the last surviving wing of Whitehall Palace and the place of King Charles I's execution.

By all accounts, Charles deported himself as a gentleman during his incarceration at Whitehall, and with dignity and courage on the day of his death. 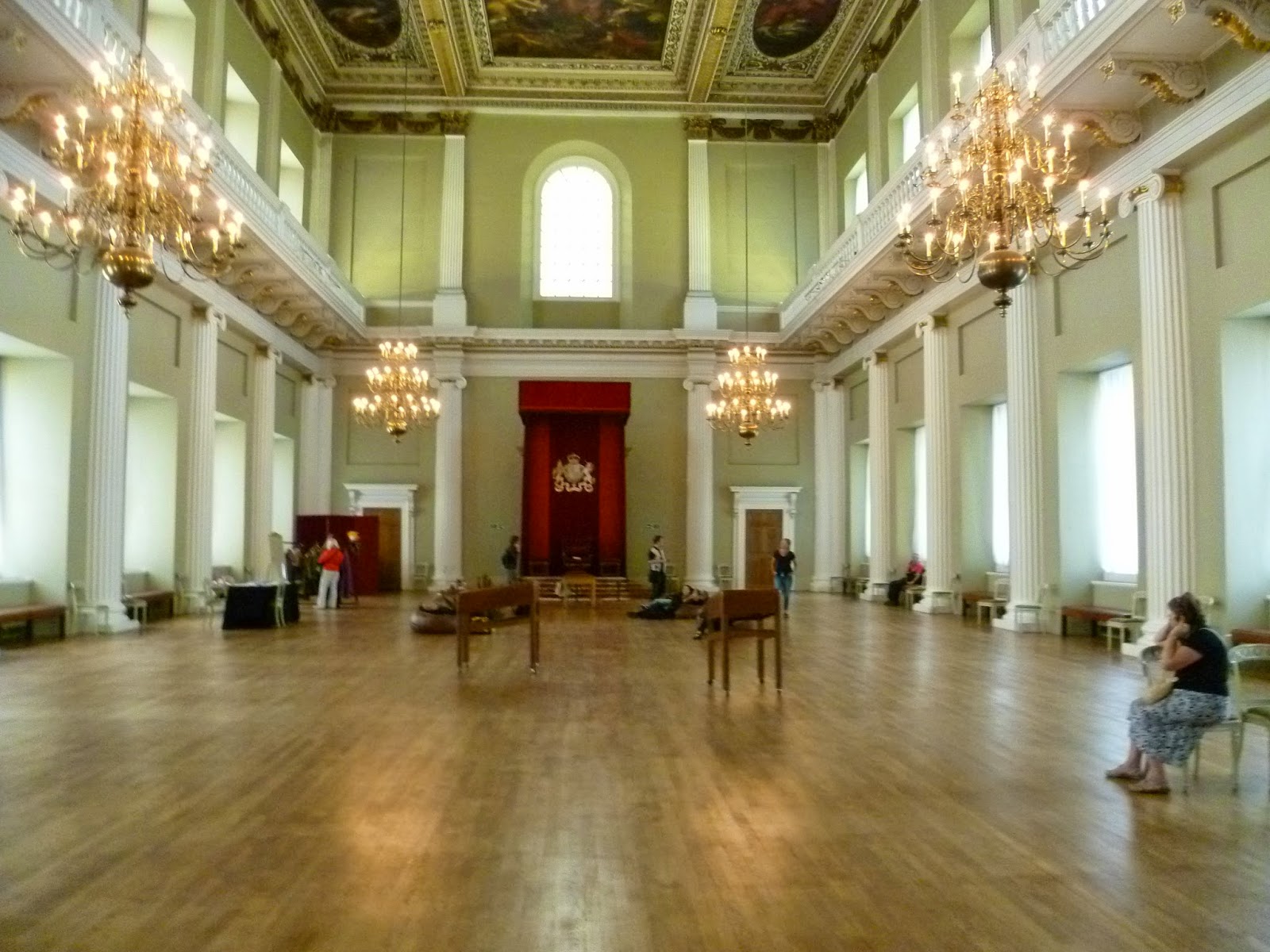 And certainly the Banqueting House was the setting for it.  A posh place indeed with high white pillars and marble walls, carved details and priceless works of art, and to crown it all, King James I by Peter Paul Rubens, emerges majestic from the clouds on the ceiling above. 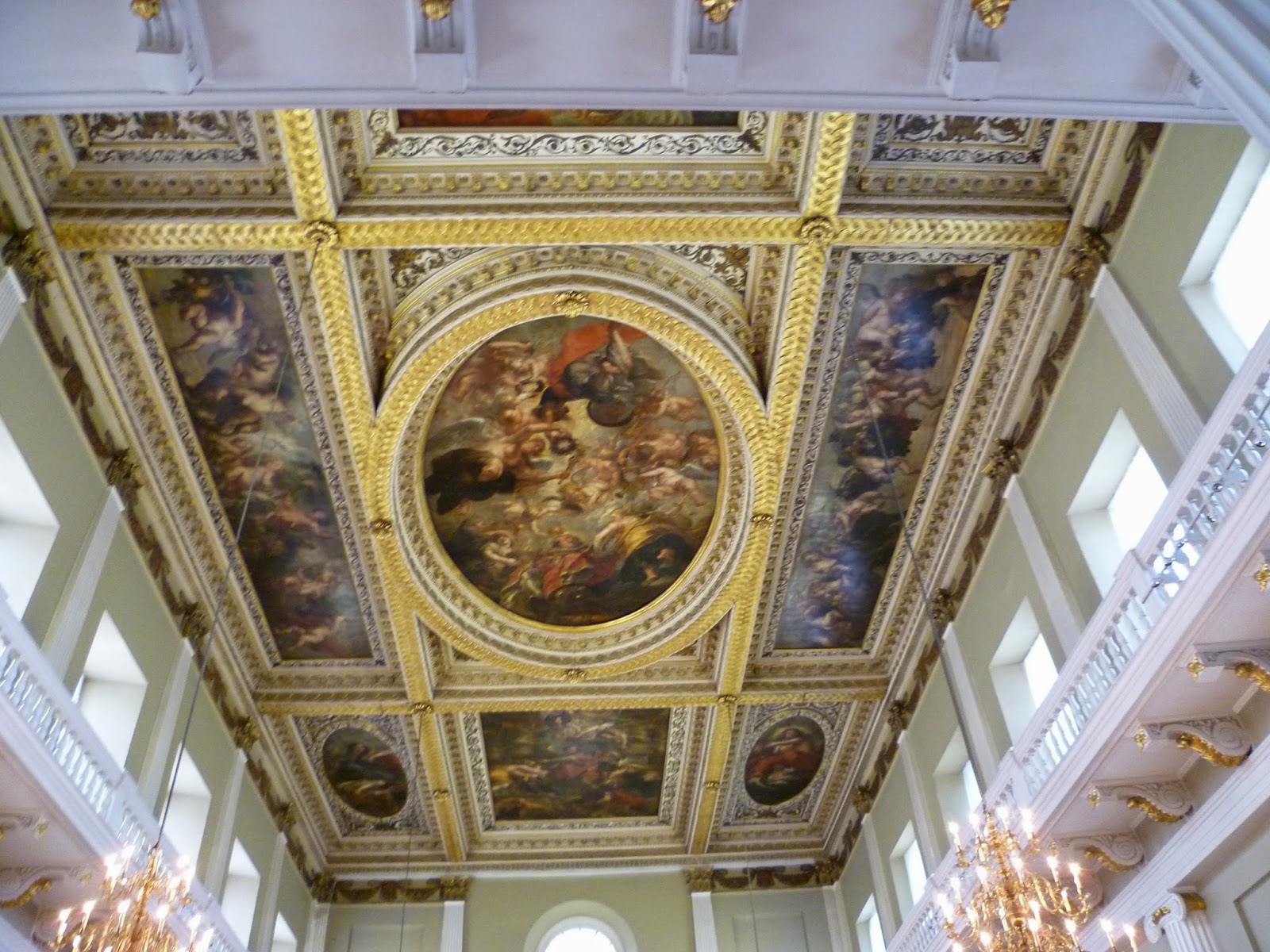 James Stuart was a true believer in the divine right of kings.  With John Donne's brilliant expostulations from the pulpit of St. Paul's, James practically invented the concept of kings who could rule unquestioned.  And he rewrote the bible to prove his point.  Only God's right hand would be worthy of such a task. 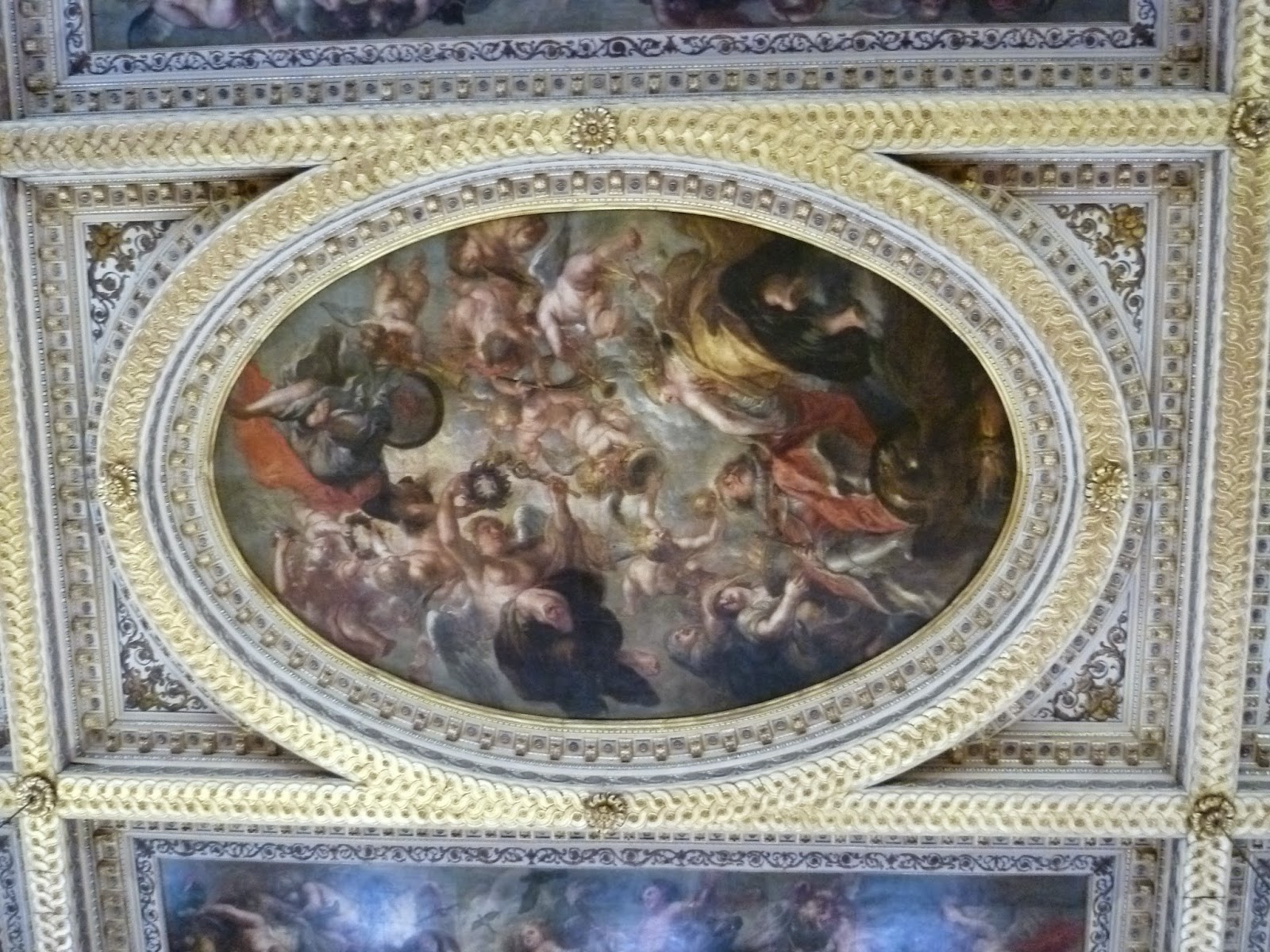 The Banqueting House is interesting for another reason.  It's easy to gaze up at the ceiling, lying in one of the bean bags strewn about the floor or gazing at one of the mirror stands installed for the purpose, and listen to the guides tell the story of Charles I's last walk through this hall, how this place was the site of his journey from a 'corruptible to an incorruptible crown', and forget that Whitehall was once a sprawling palace.

Charles and his court lived here.  He and his wife, the venerable Henrietta Maria, raised their many children here, held masques, conducted the nation's business, and celebrated their daughter's wedding to William of Orange.

James I and his son Charles had been born in Scotland, but Charles' children had all been born in England: English princes, raised to serve the crown and uphold English law.  Two of Charles I's children- Charles and James- became English kings themselves, two- James and Mary- spawned three other English monarchs- William, Mary and Anne.  That is the legacy of Whitehall.

As the principal royal residence, Whitehall defined the richness, artistry, and beliefs of the Stuart monarchy in England.  And, as Charles I stepped out of the second floor window onto a scaffold this cold January day 366 years ago, and died boldly, with the dignity of his crown intact, he drew the admiration of adherents and enemies alike.  He had defined an age of elegance and royal manners that did not die with him. 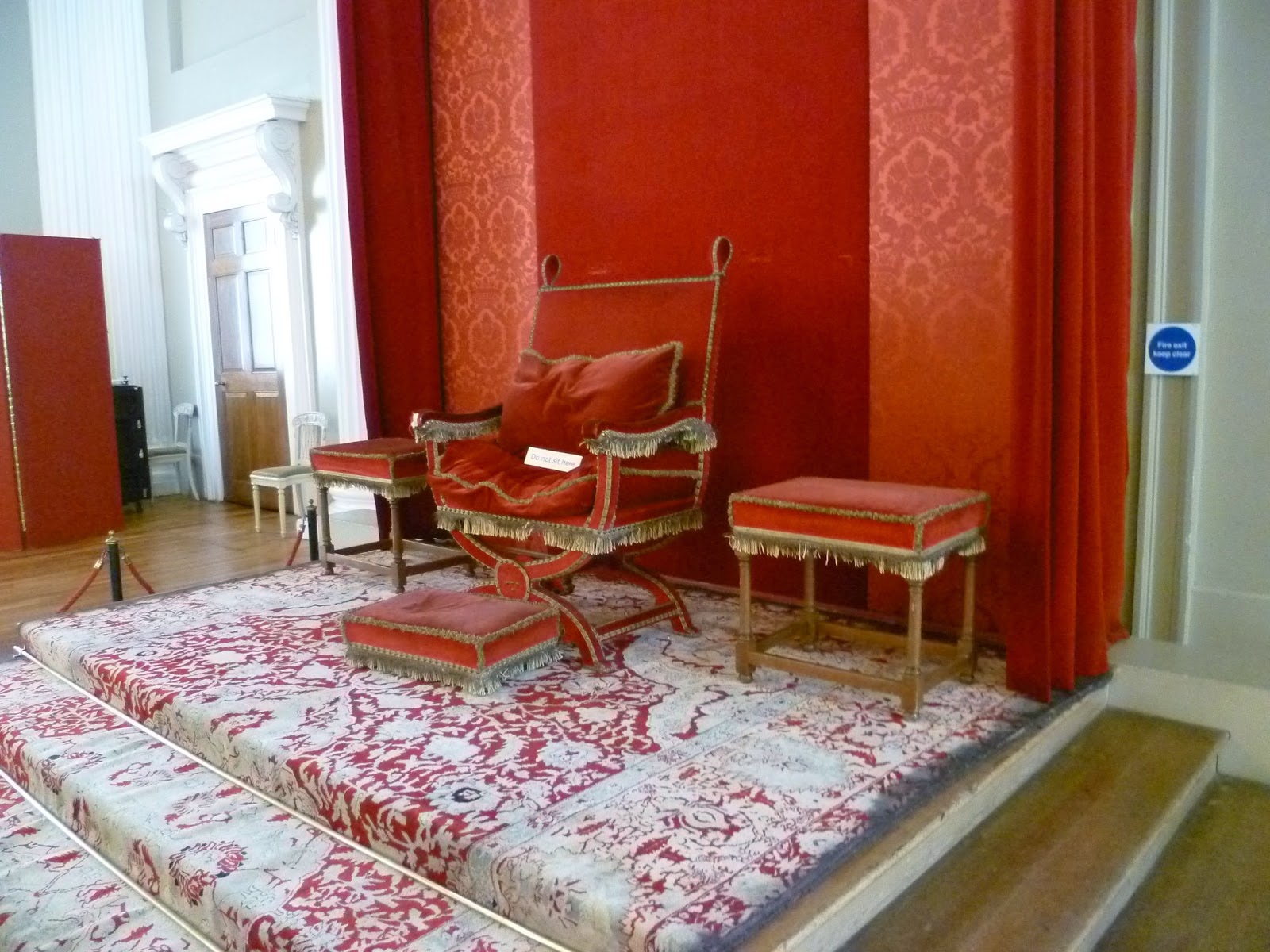 The Cromwell regime, for all its repudiation of the concept of monarchy, in the end was more a hiatus in the political arena than a lasting legacy.  It could ultimately not defeat that royal veneer.  Like the painted masterpiece on the ceiling of the Banqueting House, heralding the triumphant ascent of King James to the divinity that transcends earthly disruption, the monarchy in Britain endures; its dignity, pomp, veneration, for all its buffeting then and now, survives.  And we can thank Charles Stuart I for that.  For, like Britain herself, in dignity and duty and courage, he never flinched.

For more on the life and execution of Charles I: