Giving Thanks to Historical Fiction: Where does history end and ‘historical’ begin? 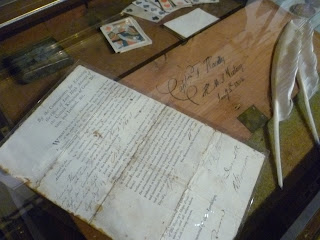 An interview with author Elaine Cougler

As a writer and a lover of history, I admire novels that blend the compelling elements of a good story with historical realism.  Readers want stories that engage our interest and emotion, but little is more disappointing than to find out after you’ve read a book you loved that the historical details on which it was based were too far off the facts. It is therefore gratifying to meet an author who shares this love of historical accuracy, while embracing the elements of good story-telling.

In Canada, it is interesting to note that our Thanksgiving might have been in November, as it is for our American neighbours, if it weren’t for the events depicted in Elaine Cougler’s novels.


ElaineCougler is a fellow WCDR (Writers’ Community of Durham Region) and HNS (Historical Novel Society) member and historical fiction writer, and her series of books in The Loyalist Trilogy span the years around the War of 1812.


I asked Elaine to tell me more about her historical research and story elements for her most recent novel, The Loyalist Legacy:


When the War of 1812 is finally over, William and Catherine Garner flee the desolation of Niagara and find, in the wild heart of Upper Canada, their two hundred acres straddling the Thames River. Dense forests, wild beasts, disgruntled Natives, and pesky neighbors daily challenge them on this wild but valuable land, and the political atmosphere, laced with greed and corruption, threatens to undermine all of the new settlers’ hopes and plans. William, who longs for word from his parents after two years of silence, hurries back to Niagara, leaving Catherine and the children to work their land and fend for themselves. 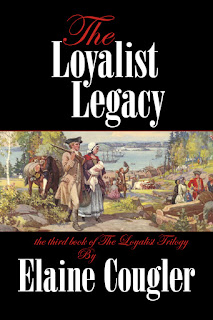 Sally: What challenges do women face today that echo the struggles of Catherine and women of her era in Canada?


Elaine: Women in the early 1800’s struggled along with their men as pioneers and innovators here in North America and especially as they began to build farms and communities and lives in what is modern-day Ontario. No modern appliances to drop the washing into and walk away. These women had lots of physical work to do and, though our lives are very different, we still take on huge jobs every day. I am of that generation who in large numbers were encouraged to work outside the home, but Catherine did that in the beginning of The Loyalist Legacy when her husband disappeared for months and she hitched up the horse to plough and plant their land. 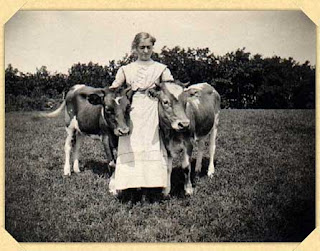 Sally: With your characters facing the elements and nature, aggressive human forces, war and famine, do you think love conquers all, and what is the importance of love in this story in relation to the struggles of the characters in your story? 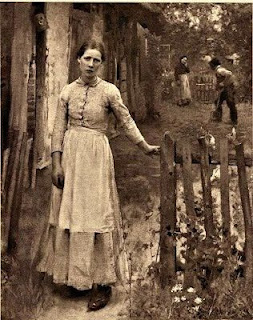 Elaine: While love is a part of this story, as it is with all human stories, my take on it is more implied than stated. With all the dangers and struggles the Garner family faces—loss of children, fear of authority and their own government, famine, wild animals and countless such dangers—the need for love and support is absolutely crucial; in fact, I don’t know how anyone could survive without it. There is one scene where William and Catherine are getting ready for bed and she realizes he has done something unconscionable. She loses her temper. But as soon as she sees his utter despair she pulls him back into bed.


Sally: What is the one flaw or failure of Catherine in the story and how does she overcome it?


Elaine: Catherine has a temper and I used that in the opening scene of this novel. I could just see her working out her frustrations with that bread dough!


“Catherine stood against the raw wood table and pounded the greyish dough into a glutinous sticky mass. With each stroke her anger rose. She picked the bits of batter from her fingers and pushed them into the dough with perhaps a little more force than usual. And heeled her hands into the ball once more. Slapping it into the meagre flour bits on the table, she saw the loaves begin to take shape and, in spite of herself, breathed a little easier.”


Sally: William is loyal to his parents, rushing back to Niagara to ensure they are well.  What is Catherine’s reaction to his departure?


Elaine: This plot detail gave me the chance to let Catherine shine and, I suppose, to show how strong women are, a theme I’ve written about over and over. So often neither men nor women have choices but must take an impossible road. Catherine certainly understood her husband’s need to find out what had happened to his parents and, yes, I would have done what William did. 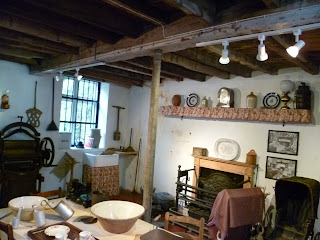 Sally: What has been your family and friends’ reaction to your success as an author?


I expected my immediate family to be absolutely on my side and they were and are. I named the main male character in my first book John Garner, and have a brother of the same name. (We’re descended from Loyalists.) Quite a while after the first book came out my brother John, who doesn’t usually read historical fiction, told me he had to read the book because his friends and neighbours kept talking to him about it. Well, he loved it! It’s fun to see people who have known me all my life as a teacher, a singer, a mother, a wife, and lots of other things, now make the adjustment to me as a writer. I am so lucky to have their support. And I am forever grateful to one of my brothers-in-law who always greets me with “How is the world-famous author?” Gotta love that! 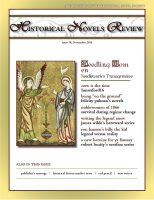 Sally: The Historical Novel Society showcases authors of HF, including North American stories.  Since you are also a member of HNS, where do you fit in to the roster of writers who appear there, and how is your story different?


Elaine: I love the Historical Novel Society and look forward to every issue of their magazine. Last year I submitted the first two books in the trilogy, The Loyalist’s Wife and The Loyalist’s Luck, for review and received a complimentary joint online review of both. I will be submitting The Loyalist Legacy very soon, especially as it completes the trilogy. I hope to attend the 2017 HNS Conference in Portland. I love meeting as many people as I can. So much fun to meet others who love what I love!  As to where my books fit in: They are 18th and 19th century from the American Revolution, through the War of 1812, to the end of the Rebellion of 1837 in Upper and Lower Canada (mostly Upper Canada). There are lots of stories about the American side of the Revolution and its aftermath but not so many about the Canadian side. This makes my historical series new material for many readers. 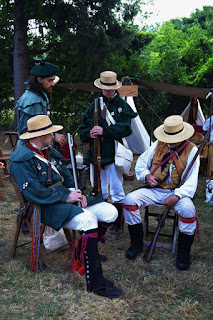 Sally: You’ve attended re-enactments about the era in your books, and even written about re-enactors in the area.  Can you tell us about your experiences with these events and the people who run them?  With your extensive historical research, how accurate would you say the re-enactors in this area are?


Elaine: The thing about historical fiction that I’ve found is that I don’t have to know everything about the era. This surprises me still as good historical fiction makes a reader think the author knows every little detail. Of course you have to know everything that affects your story and you better know enough to make that happen or readers will spot flaws. For example, the Butler’s Ranger uniforms. I learned that at first those who joined Butler did not have uniforms although they did later on and you will see the re-enactors wearing exact replicas of those uniforms. I knew enough to describe in great detail the uniforms of those who met up with Lucy on the road to Fort Niagara, in the first book, but when I go to re-enactments I learn about many of the other uniforms not used in The Loyalist’s Wife. Re-enactors do a marvelous job of bringing history alive for us. Would that we had those when I was a kid in school!


Thank-you, Elaine, for this insight into your writing and historical perspective on a turbulent time in North American History.  We look forward to the next installment in the series and can't wait to hear all about the launch of The Loyalist Legacy. 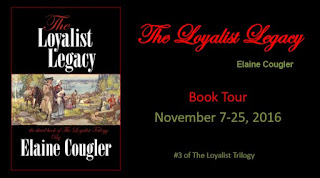 
Elaine Cougler can be found on Twitter, Facebook Author Page, LinkedIn and on her blog
Posted by Sally A. Moore at 8:35 PM